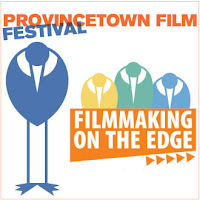 Amazingly, this was my fifteenth year attending the annual Provincetown International Film Festival, and it was my tenth year reviewing movies at the festival. I always look forward to returning to Provincetown for the festival every year in mid-June, and it’s easily my favorite week of the year. Whenever I show people my schedule for the festival, they ask how I select the movies that I watch for my reviews. I tend to aim for a balance in my line-up both thematically and stylistically, dictated somewhat by timing, and I also strive for a blend of independent and mainstream fare. Deciding on which films are most important for me to see is like fitting together a puzzle based partly on the festival schedule itself. This year I fit in fifteen films (eight documentaries and seven narrative features), as well as one program of short films, in addition to attending various parties and events held all over Provincetown throughout the week.


While all of the movies that I watch each year at the festival turn out to be totally fine and quite frequently better than fine, I always anticipate the films — usually those somewhat outside of the mainstream — that either surprise me in some way or quietly settle into the mind and present themselves as art. What’s interesting is how the films that feel most artful to me also feel so readily identifiable as such. They always have a true integrity of structure and allow the audience lots of room for thought as well as mystery. Because the medium of film is distinguished by sequencing images to convey narratives and emotional states, I find that the most special films rely less on familiar codes or formulas and more on their own intuitive and innovative frameworks. 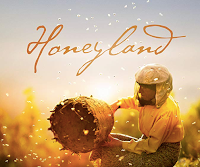 My favorite movie at this year’s Provincetown Film Festival was the mesmerizing documentary Honeyland, directed by Ljubomir Stefanov and Tamara Kotevska. Honeyland won three awards at the Sundance Film Festival, and it’s clear why the movie has received such high praise. Remarkable on numerous levels, the documentary is set in a remote mountain encampment in Macedonia, a semi-abandoned village that’s stuck in time and poverty, but where life is being vividly lived. The film follows a 55-year-old woman named Hatidze, who shares a tiny primitive hut with her ailing 85-year-old mother, tending to her needs despite having no electricity or running water. Hatidze is a beekeeper and an expert at collecting honeycombs teeming with bees from steep mountainside ledges and crevices, so that she can harvest and sell jars of raw honey to local merchants, providing her and her mother with just enough money to survive. Her one rule is to leave half of the honey for the bees themselves, pouring it out on a large boulder, and then keeping the other half for herself. The beekeeping scenes and the landscapes that Hatidze traverses are often mind-blowing, widescreen sequences that rival anything that’s ever been filmed in the region.

Throughout the documentary, there are distant but prominent glimpses of a globalized wider world: vapor trails of jetliners ascending into the sky, at which villagers of all ages give the same bemused look, and multiple attempts to get reception on a small outdated radio that seems to be playing the same song whenever the signal comes through clearly enough to hear. Tension mounts and continues to escalate with genuine suspense when a nomadic family, including lots of small children, become Hatidze’s less-than-friendly neighbors, killing off her bees and losing a shocking amount of livestock to starvation and lack of care. The filmmakers regard these tragedies with the same steady eye that they’ve maintained up to that point in the documentary, an approach that makes the cumulative impact and our investment in Hatidze’s heartbreaking predicament all the more affecting. Transporting and multi-scale, Honeyland should certainly be a frontrunner for awards attention come Oscar season.

At the other end of the documentary spectrum and much closer to home is Chris Moukarbel’s new HBO film Wig, a riotous before-and-after exploration of drag artists through the lens of two long-running New York City drag festivals, Wigstock and Bushwig. Moukarbel has previously directed documentaries about Lady Gaga (2017’s Gaga: Five Foot Two) and YouTube phenomenon Chris “Leave Britney Alone!” Crocker (2012’s Me at the Zoo), and here Moukarbel’s camera chronicles an equally colorful array of subjects via an intergenerational cross-section of drag queens and performance artists, from the legendary Lady Bunny and RuPaul to Kevin Aviance and Flotilla DeBarge, alongside younger sensations like Willam Belli and Charlene Incarnate. They all offer thoughtful (and sometimes hilarious) commentary on cross-gender and trans issues, much of which responds to the current climate that’s precipitated the #MeToo and Time’s Up movements. As one commentator remarks in voiceover early in the film, regarding the importance of drag queens’ celebration of their own femininity, “The world is sick with masculinity.”

Even Neil Patrick Harris and his husband David Burtka make a fun appearance in the documentary, with their kids running crazily around their house in the background, since Harris was involved in the return of Wigstock in 2018, after the festival had taken a lengthy hiatus following the September 11th attacks in New York City in 2001. Harris, who portrayed the title role in the Broadway debut of Hedwig and the Angry Inch, explains that his fascination with drag is directly related to his work as a stage magician, and how exactly drag artists pull off their gender-based illusions through make-up, costuming, and detailed sleights of hand (among other anatomical parts). 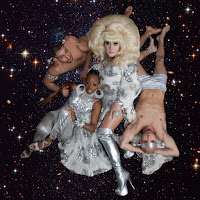 Moukarbel’s documentary also gives room for some playful drag community shade-throwing, when Lady Bunny tells the spectators at the rebooted Wigstock that she hadn’t yet appeared on RuPaul’s Drag Race so she could read all of the drag queens who had, resulting in a live song-and-dance takedown of those contestants to the tune of Madonna’s “Vogue.” Reflecting back on 1995’s original Wigstock documentary, it’s obvious while watching this new Wig how relatively mainstream drag has become over the past 25 years. When Moukarbel was asked by an audience member during the post-film Q&A in Provincetown if he was old enough to attend the original Wigstock festival, he answered that yes, it was definitely a vital memory of his own queer generation, and he said that the original Wigstock film had been very important to him and his friends back then, before the cultural spotlight on drag had gone more fully global.

The narrative feature film that lingered with me the most from this year’s festival was Argentine director Lucio Castro’s End of the Century (Fin de Siglo), the unique and cleverly rendered story of two men, Ocho and Javi, who meet on a beach in Barcelona, hook up for sex later (quite memorably), and then re-enter each other’s lives in unexpected ways at irregular intervals through several twists in time that don’t neatly align or allow the audience any simple resolutions. All the accoutrements of contemporary gay relationships are on the table throughout the movie’s timespans: casual flings, bisexuality, PrEP, marriage, children, loneliness and separation, co-dependency versus independence. Several symbols link the two characters’ arcs together as a way of guiding the audience through the movie’s timeframes associatively: a certain aerial view from a balcony, a re-appearing KISS t-shirt, a recurring illness, sexual tropes of new partners and familiar couples.

Well-acted (by Juan Barberini as Ocho and Ramón Pujol as Javi), intelligently conceived, and finely executed, End of the Century works best as a way of comparing the different paths that a gay relationship can take. To what degree do our current and future relationships overwrite our past relationships? What do we remember of them and carry forward with us? Are we always essentially alone, even when sleeping beside the same person for years? Do the heat and intensity of an initial sexual encounter ever really leave us, or do they continue to live inside us, both physically and in memory? An exhilarating scene midway through the film, set to the beat of A Flock of Seagulls’ “Space Age Love Song,” probably answers that last question best, and a few of the movie’s dialogue-based scenes resonate on deeper levels and feel almost like stage pieces, reminiscent at times of Andrew Haigh’s brilliant Weekend. 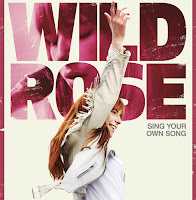 Tom Harper’s Wild Rose was the most enjoyable of the narrative features that I saw at the festival, with rising Irish star Jessie Buckley in the title role of Rose-Lynn Harlan, in what’s sure to be one of the most lasting performances of the year. The film begins just as Rose-Lynn is being gleefully released from a year in prison for drug charges, returning with her white cowboy boots and ankle monitor to the home of her mother (Julie Walters) and her own two young children in Glasgow, Scotland. Although Rose-Lynn finds work as a housekeeper for the family of a well-to-do woman (Sophie Okenedo), Rose wants to move to Nashville to pursue a career as a country singer and eventual songwriter, a dream that her vocal talents uphold, persuading others in her life to help her get there.

What’s excellent about Wild Rose is the indirectness of that journey. Instead of finding herself in a corridor full of open doors, Rose-Lynn faces a daunting series of setbacks and obstacles, from Glasgow to London to Nashville, meaning that the film unfolds in a fashion opposite the standard reach-for-your-dreams Hollywood formula film. The storyline skitters away from melodrama and towards the real thing, in ways that gradually steady Rose-Lynn’s ambitions and heighten her determination. Jessie Buckley’s unwavering portrayal and precise songwriting in the movie’s original numbers are fully embodied (especially in the film’s big finale, “Glasgow”), despite the glare of Julie Walters’ stern mother figure, who finally softens when her daughter needs her the most. Wild Rose earns its gently family-centric denouement, which most other movies of its kind unfortunately don’t these days. 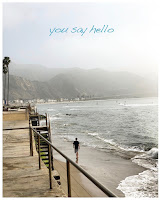 Throughout the festival, I was lucky to see a wonderful selection of documentaries about celebrated American pop culture figures: singer Linda Ronstadt, actor Montgomery Clift, and film critic Pauline Kael. The one animated film that I saw in the festival, Salvador Simó’s Buñuel in the Labyrinth of the Turtles, re-imagines in cartoon form the making of Spanish filmmaker Luis Buñuel’s 1933 documentary Land Without Bread. One short film that I watched on the festival’s opening night also haunted me for days afterwards, Lovell Holder’s spellbinding You Say Hello, in which a young gay man retreats to his family’s California beach house in Ventura planning to commit suicide, only to have that plan undone by a sweet straight hustler he hires online for the night.

Perhaps the most timely and relevant moment of the festival for me came when I attended a conversation with Oscar-winning documentarians Rob Epstein and Jeffrey Friedman on the final morning of the festival. (Their new documentary Linda Ronstadt: The Sound of My Voice also won this year’s HBO Audience Award for Best Documentary at the festival.) While discussing the historical roots of their films, which have examined subjects ranging from the legacy of Harvey Milk to the AIDS memorial quilt to LGBTQ images in cinema, Rob Epstein described how our culture now is beginning to lose interest in history because everything in daily life and social media is so fast-paced and focused on the present moment. Plus, he added that after the AIDS epidemic, there’s a missing generation that would have been teaching that history to us. Restoring and continuing those kinds of historical learning are just a couple of important goals that many of the films I watched during this year’s Provincetown Film Festival generously seek to achieve.
Posted by Jason at 1:35 AM 2 comments: