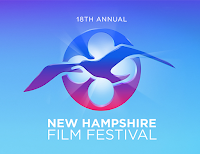 This weekend was my first time attending the New Hampshire Film Festival, which was held at a diverse array of venues in the oceanfront city of Portsmouth. In a year when the political climate here in the United States has felt totally unstable, to say the least, two of the documentaries that I watched in the festival stood out for their intense and absorbing themes of social justice, and I also really loved one of the narrative foreign feature films that I saw in the festival. While both of the documentaries were made in similar styles that were fairly procedural, the serious depth of their powerful and urgent social messages felt so close to the surface that the injustice of the situations presented in them enraged me immediately. Although it’s hard to sit in a theater while feeling overwhelmed by our country’s glaring blind spots, the heroic individuals featured in both documentaries who are working to change things helped to redeem that feeling. 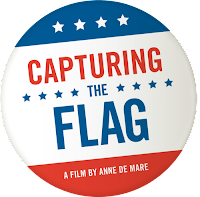 Capturing the Flag, directed by Anne de Mare, focuses on the very timely issue of voter suppression during the 2016 presidential election, when candidates Hillary Clinton and Donald Trump faced off against one another. The film follows and reflects on a group of volunteers — friends and attorneys Laverne Berry and Steven Miller, along with Claire Wright, a recent U.S. citizen who immigrated from South Africa — as they worked to assist voters at the polling locations in North Carolina's Cumberland County on the day of the 2016 election. The film uncovers first-hand how large numbers of African-American and Latino voters were disenfranchised by the voting system and denied their right to vote because their names had been removed from voter registration rosters, or their addresses had been changed to place them in different voting districts. Early in the film, Steven Miller speaks movingly about the fragility of democracy in relation to his ancestors who had died in the Holocaust, and how easy it is for democratic systems to be dismantled and tossed aside by corrupt individuals in positions of power.

Berry, Miller, and Wright stationed themselves in front of separate polling buildings on election day, in order to ask the voters entering the polling stations to let them know if they encountered any problems while trying to cast their votes. At one polling station in North Carolina, over 1,200 people showed up to vote on election day in 2016, but shockingly, only 598 of them were able to cast their votes. When this statistic was revealed on screen late in the film, the entire audience watching the movie at the Portsmouth Music Hall gasped collectively. As election night wound down and the bewildering results of the election began to become clear (including the breaking news report that the state of North Carolina had gone to Trump), all three of the volunteers seemed to lose their sense of faith in a system that could appoint such a malign force to its highest governmental position, yet they all still stressed the importance of continuing their grassroots work to fight that corruption at every future opportunity.

I was equally impressed with the figures in Stephanie Wang-Breal’s documentary Blowin’ Up, which traces the struggles of women arrested for prostitution in Queens, New York, as they face the criminal justice system as victims of human trafficking. The film begins as a woman named Kandie explains that “blowin’ up” means making the decision to leave your pimp, the man who’s controlling your finances, your actions, and your entire life. She mentions that she would often earn over $1,200 on some nights, and that none of the money would be hers to keep, only meals from McDonald’s. In a tragic way, I feel like that’s an analogy for the entire capitalist system itself; as Karl Marx famously described, the secret of profit and wealth in capitalist societies is that workers are systematically underpaid and oppressed by those who exploit their labor. Many of the women arrested who are interviewed in the movie explain that they were trying to work their way out of crushing debt and other financial hardships. A number of women who appear in the film are immigrants from Asian countries who had arrived here with nothing and took jobs working in massage parlors, as a way to have food and shelter, and to try to help their families survive.

To counter these grim realities, Wang-Breal introduces a wide range of remarkable, diligent women working in the criminal justice system — from social workers to attorneys to judges like the Honorable Toko Serita — who have been successful in reforming how prostitution cases are handled in Queens, shifting the courts gradually from a system of diversion and punishment to one that focuses instead on intervention and rehabilitation. Why would a police officer or detective arrange to meet a sex worker at a hotel in order to entrap the woman and make an easy arrest, one legal representative asks, rather than investigating and attempting to intervene? One approach to rehabilitating some women in the community who’d been charged with prostitution was to connect them with an Asian women’s center. For me, the film’s most powerful footage included conversations between one of the arrested women and the director of the women’s center. When she asks the client if she feels that working as a prostitute had violated her human rights, they discuss how everyone should have the right to survive, the right not to be hurt, and the right to be informed. Blowin’ Up offers the viewer an interior, ground-level view of social justice and change related to all of these crucial human-rights issues.

As an admirer of the French director and screenwriter Christophe Honoré’s 2007 threesome-centered musical film Love Songs (Les Chansons d’Amour), I was very excited to see his new gay-themed Parisian movie Sorry Angel (Plaire, Aimer et Courir Vite), which is set in 1993, the year that I was halfway through college and just beginning to come out as gay myself. As a gay man who came of age in the 1980’s and early ’90s, I remember how the specter of HIV and AIDS lingered everywhere by the time 1993 arrived, shadowing every mood and thought and interaction with a sense of remote doom, whether you talked about it openly or not. All of this made watching the absolute wealth of true-to-life details in Sorry Angel feel like I’d lived through something historical, a time in gay life that can now legitimately be seen as history, even though I often felt like I’d have no history as a gay man at that time, as if any real future had already been foreclosed to me and to all of us young gay men back then. Despite having taught a college-level queer history course for nearly twenty years now, I was surprised to feel my own historical memories rising up through the layers of Christophe Honoré’s beautifully made and carefully modulated new film.

Sorry Angel is an ensemble movie that has the feel of an engrossing novel. That makes sense because its 39-year-old central character, Jacques Tondelli (played by Pierre Deladonchamps, who was so memorable in 2013’s Stranger by the Lake), is himself a novelist. Cruisingly, he meets a 22-year-old bisexual university student from Brittany who’s named Arthur (Vincent Lacoste), while the two are watching Jane Campion's The Piano at a movie theatre and wind up sitting beside each other, and then they haltingly move on to having sex and dating, all of the wonderful things that I recall quite well from 1993. During one of their early conversations (and these dialogue-based scenes in the film are among the best that I’ve encountered over the past several years), Arthur asks Jacques, “What do you do in life?” to which Jacques responds, “I head for ruin,” and then, after a beat: “I’m a writer.” Later, Jacques also gives some lessons in literary history to Arthur over the phone — on Whitman and Rimbaud, W. H. Auden and Chester Kallman — during which Arthur even takes notes … and in the middle of a taking a break from a hot hookup with one of his cute friends who’s his own age, no less.

Jacques, who is HIV-positive, sometimes lives with his young son, Louis (Tristan Farge), nicknamed Loulou, whom he had with a close female friend, Isabelle (Sophie Letourneur). Occasionally, Jacques shares his apartment with his friend and ex-lover, Marco (Thomas Gonzalez), who’s now living with full-blown AIDS and slipping downhill fast. The relationship between Jacques and Marco is an honest and heartbreaking one; a bathtub scene between the two, after which Marco admits, “I hurt too much to be in love with anyone,” is sure to become a classic of gay cinema. The same could be said of a much later scene between Jacques, Arthur, and their older gay friend Mathieu (Denis Podalydès), as they dance and drink in the living room, have a long and drunken late-night conversation, then end up humorously in bed together.

Although in this scene Arthur delivers a pointed monologue that comes off sounding a little scripted (as if Christophe Honoré is speaking, rather than the character), and although some of the HIV/AIDS plot elements in the film feel a bit too familiar at times, Sorry Angel is a realistically nuanced and deeply human movie that was also an arrow to the heart for me. I was psyched to hear such inspired and unexpected song choices from the late ’80s and early ’90s intelligently placed throughout the film’s soundtrack, from Cocteau Twins’ “I Wear Your Ring” during Jacques’ and Arthur’s gorgeous, blue-lit initial sex scene, to Prefab Sprout’s “Cars and Girls” during one of Arthur’s fun hookups on the side, to Cowboy Junkies’ slow-burning rendition of Hank Williams’ “I’m So Lonesome I Could Cry” at one of the movie’s pivotal emotional moments. I also can’t understate my own emotional response to this film. During a scene in the final half-hour, when Arthur does an innocent striptease for Jacques at the foot of his hospital bed, then climbs in beside him and says, “We could make a good life together,” I suddenly started to cry, and I continued crying right through to the end of the film.
Posted by Jason at 7:30 PM No comments: