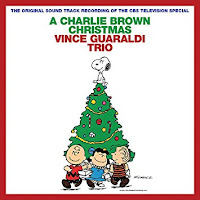 It’s easy for me to choose my favorite Christmas albums of all time because they’re the same ones that I’ve pulled off of my CD shelf every December for the past twenty years now. Typically, I play them on steady rotation from the middle of the month through Christmas Day. I’m not a follower of any organized religion, but these albums always give me a sense of peace at what can otherwise be a hectic and difficult time of the year. Now that the snow is falling here in New England once again, it’s time for me to return to that little stack of wintertime albums. In addition to the Vince Guaraldi Trio’s A Charlie Brown Christmas (Fantasy Records, 1965), which everyone already knows well enough that it needs no further comment, here are some of the other holiday albums that I return to annually, most of which are lesser known and fairly rare. 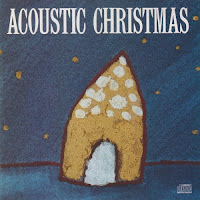 Acoustic Christmas (Columbia Records, 1990), features a diverse roster of artists spanning many genres. At the time of its release, several musicians on the compilation were already quite celebrated (Judy Collins, Art Garfunkel, Laura Nyro), while some others have since gone on to acclaimed careers (Rosanne Cash, Shawn Colvin, Harry Connick, Jr.) or have somewhat faded from mainstream public view (The Hooters, Poi Dog Pondering, Shelleyan Orphan). The late Laura Nyro’s medley “Let It Be Me / The Christmas Song,” performed with a light piano and keyboard, is one of the most beautiful cuts on the record, as is Judy Collins’ classic rendition of “The Little Road to Bethlehem.” “Winter Wonderland” and “It Came upon a Midnight Clear” are finely delivered by Harry Connick, Jr. and Rosanne Cash, respectively, while Art Garfunkel’s airy, multi-tracked vocals on “Oh Come All Ye Faithful” are both reverent and haunting. Poi Dog Pondering’s spirited version of the Hawaiian Christmas tune “Mele Kalikimaka” lends the album a fun novelty song, and Shelleyan Orphan’s memorable “Ice” is the collection’s lone original track. 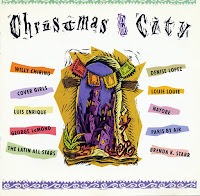 Released the same year as Acoustic Christmas, Christmas in the City (WTG/CBS Records, 1990) captures quite well a specific moment in the evolution of pop music history: New York City’s Latin/freestyle explosion. While a few of the artists on this compilation scored national radio hits (The Cover Girls, George LaMond, Denise Lopez, Brenda K. Starr), the rest of the acts fared well on the era’s dance club scene. The Latin All Stars’ faithful version of the traditional “Feliz Navidad” makes an obligatory appearance, and Brenda K. Starr’s upbeat, light-hearted take on Darlene Love’s “Christmas (Baby Please Come Home)” feels fully invested. Original tracks like Paris by Air’s “It’s Another Holiday” and Denise Lopez’s “All I Want 4 Xmas Is Your Love” joyously recall the awesome Latin pop of the ’80s and early ’90s. But the album’s truly excellent track is the Cover Girls’ percussive, piano-infused “New York City Christmas,” a song that really everybody should know, probably the best Christmas song created for a dance floor that I’ve ever heard. 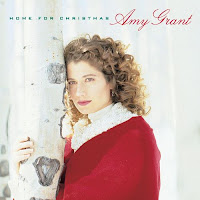 Among Amy Grant’s several Christmas-themed albums, my favorite is definitely her second holiday collection, Home for Christmas (A&M Records, 1992). The vocals and orchestrations are stellar throughout the album’s twelve tracks, and Grant covers a full range of Christmas classics, from a pensive “Have Yourself a Merry Little Christmas” to an uplifting “It’s the Most Wonderful Time of the Year” to a rollicking “Rockin’ Around the Christmas Tree.” Ballads like “I’ll Be Home for Christmas” and David Foster’s “Grown-Up Christmas List” are equally affecting, as are the album’s original numbers, such as Carly Simon’s “The Night Before Christmas” and two magisterial songs that Grant co-wrote with Chris Eaton, “Emmanuel, God with Us” and “Breath of Heaven (Mary’s Song),” which has steadily become a favorite for other songwriters to cover. 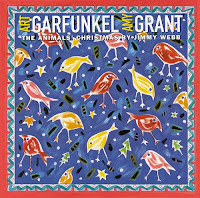 Amy Grant also contributed vocals to perhaps one of the best little-known holiday albums ever, The Animals’ Christmas (Columbia Records, 1986). A cantata composed by the great American songwriter Jimmy Webb, with inspiration from a children’s book by Anne Thaxter Eaton, the project was helmed by Art Garfunkel, who sings the album’s lyrics alongside Amy Grant and the boys’ choir at St. Paul’s Church in London. This concept record traces the story of the first Christmas night through the perspective of the animals involved in the Christmas nativity tales. My favorite song in the cycle, “Incredible Phat,” follows the innkeeper’s cat, who watches over the scene as Mary and Joseph arrive, along with “three balmy old coots / in silver boots,” and then leads the young couple “to a tumble-down shack” behind the inn, where their child is born. The song is gorgeously introduced by “The Decree,” on which Art Garfunkel sings the biblical account of the angel Gabriel, guiding Joseph and Mary through the night. The album was also co-produced and engineered by famed Beatles’ producer Geoff Emerick, so enough said. 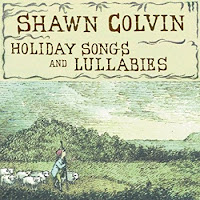 Shawn Colvin’s Holiday Songs and Lullabies (Sony Music/Columbia Records, 1998) opens with one of my favorite renditions of one of my very favorite winter songs, “In the Bleak Midwinter,” sung and played with just the right amount of mournful melancholy that the song requires. As the album’s title suggests, it’s a compendium of Christmas songs and tunes for small children, recorded when Colvin was pregnant with her daughter. As a child herself, Colvin had loved Maurice Sendak’s 1965 book Lullabies and Night Songs, and his artwork adorns the CD’s liner notes. The lullabies that Colvin selected to include all fit the Christmas theme: “Now the Day Is Over,” “All Through the Night,” “Evening Is a Little Boy,” “The Christ Child’s Lullaby.” Likewise, the album’s holiday standards all sound like lullabies: Vince Guaraldi’s “Christmas Time Is Here,” the chiming traditional “Love Came Down at Christmas,” a sparely arranged “Silent Night.” And some of Colvin’s choices, like “Seal Lullaby” from Rudyard Kipling’s The Jungle Book and the drifting “The Night Will Never Stay,” approach the sublime. 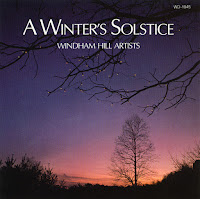 Finally, a pair of instrumental New Age albums always fit the mood perfectly at this time of the year, when the days are short and the nights are cold and long. Will Ackerman’s Windham Hill Records has released several superb compilation albums in their Winter’s Solstice series, but my favorite remains the original A Winter’s Solstice from 1985. Although a few of the tracks lean in the direction of Christmas fare, such as David Qualey’s opening guitar version of “Jesu, Joy of Man’s Desiring,” Philip Aaberg’s moving “High Plains (Christmas on the High-Line),” and Liz Story’s quiet piano rendition of “Greensleeves,” other tracks evoke winter more broadly: Will Ackerman’s somber “New England Morning,” Malcolm Dalglish’s darker-toned “Northumbrian Lullabye,” and Mark Isham’s “A Tale of Two Cities.” 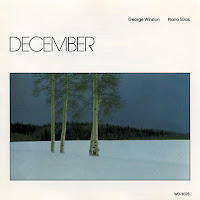 Another Windham Hill artist, solo pianist George Winston, deserves the last slot on this list for his pristine, beloved 1982 album December. Beginning with “Thanksgiving” and ending with “Peace,” plus a virtuosic “Carol of the Bells” midway through, Winston’s December easily shows why it’s gathered such a wide international audience over time. Five of the album’s twelve songs were composed by Winston, one was written by jazz trumpeter Alfred S. Burt, and the other half are traditional and classical pieces in the public domain, from the Appalachian carol “Jesus, Jesus, Rest Your Head” to 18th-century carol “The Holly and the Ivy” to variations on Pachelbel’s Canon. When December ends, its aura continues to echo into the new year.
Posted by Jason at 12:30 AM No comments: