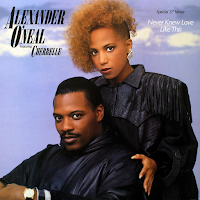 Two of the record shops that I frequented back in the 1980s while growing up in Cincinnati were both soul music stores. Just across the Ohio River from Kentucky, Cincinnati was still a somewhat segregated city in that era, even if people were a bit quieter about it in those days. Whenever I stopped in to browse at those two shops, my presence always earned me some interesting looks from the employees and other customers. “What is this skinny white gay kid doing in here?” they seemed to be thinking. But when they noticed over time the kinds of albums that I brought up to the cash register, I gradually earned their respect as someone who knew, even as a younger person, how to select good music from their record bins. 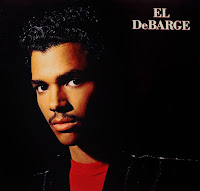 Probably my favorite soul album from the 1980s remains El DeBarge’s self-titled solo debut from 1986. Released by Motown Records founder Berry Gordy on his own Gordy Records imprint, the songs appealed to me for how precisely they rested on the border between R&B and pop, and because no other voice in the realm of pop music has ever sounded exactly like El DeBarge’s voice, a boyishly androgynous and effortlessly smooth croon that was equally at ease in classy ballads and upbeat dance numbers. The roster of production personnel and session players involved in the making of the album includes some of the most accomplished musicians of the day: Burt Bacharach, Michael McDonald, David Foster, Diane Warren, Robbie Nevil, Siedah Garrett, Peter Wolf, Jay Graydon, Robbie Buchanan, Richard Page … and that’s just a small sampling of the list.

The best-known song from the album is the huge radio hit “Who’s Johnny?” (which was featured in the ’80s movie Short Circuit, starring Ally Sheedy and Steve Guttenberg), yet most other songs on the album, like “Secrets of the Night,” “Someone,” and “Lost Without Her Love,” rise to a similar level of radio-readiness, even if hardly anybody else heard them back then. The album reaches its apex with the quiet-storm classic “Love Always,” written and produced by Burt Bacharach, Carole Bayer Sager, and Bruce Roberts. And the disc’s perfectly placed closing track, “Don’t Say It’s Over,” suggested that more great things would lay ahead for its songwriter, Diane Warren, back at the start of her career. 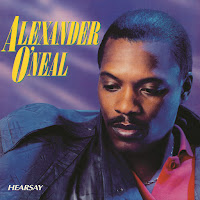 Perhaps nobody else was more important to me among ’80s soul singers than Alexander O’Neal and Cherrelle. Clarence Avant’s Tabu Records label was home to both artists, and their finest albums were conceived as full-fledged productions, almost like musicals, complete with spoken introductions and interludes between the songs, all produced by Jimmy Jam and Terry Lewis, the powerhouse duo behind Janet Jackson’s albums. Alexander O’Neal and Cherrelle also recorded two well-received duets together, “Saturday Love” and “Never Knew Love Like This.” I’ll never forget being at a summer block party in Harvard Square a few years ago and hearing “Saturday Love” drifting down the street. I walked over to the DJ booth and said, “You’re playing Alexander O’Neal and Cherrelle!” The DJ instantly smiled and lifted his hand in the air for a high five, as if we were brothers in a secret society. 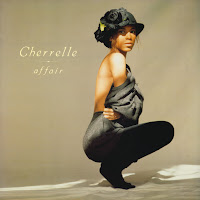 While Alexander O’Neal’s 1987 LP Hearsay included funky club cuts like “Criticize,” “Fake,” and “The Lovers,” which transcended teenage pop to address more serious adult romantic issues, Cherrelle’s daring 1988 album Affair carried that idea to an entirely different level. Taking its focus of extramarital relations and drawing it out as the album’s lyrical and thematic thread, Affair accomplished something that no other album since then has ever quite matched. The refrain on its fierce title song (“I don’t need commitment, / I don’t need a man to tell me how to feel”) isn’t just a true feminist anthem; it’s also a line that almost every gay man on earth can easily relate to. Other tracks on the album, such as “Looks Aren’t Everything,” “Discreet,” and “Keep It Inside,” have no issue with telling women to pursue romantic and sexual pleasure on their own terms. “Everything I Miss at Home,” my favorite ’80s soul ballad to this day, flat-out celebrates finding contentment outside of a stifling, normative relationship. 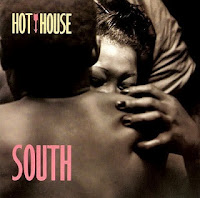 Little-known here in the United States, sadly, Hot House’s 1988 album South also should have been more widely appreciated on its home terrain in the United Kingdom. The group’s vocalist, Heather Small, went on to become the frontwoman for dance hitmakers M People a few years later. As the singer for Hot House, she was supported by her co-writer Martin Colyer and co-writer/instrumentalist Mark Pringle. The result is a gorgeous collection of twelve R&B throwback tracks that faithfully resurrect the sonics and vibes of a much earlier time, mixing in elements of blues, country, and gospel. “The Way That We Walk,” “Don’t Come to Stay,” “The Jealous Kind,” and “Me and You” wouldn’t sound out of place in a ’60s jazz club in London’s Soho district or a piano bar in New York’s Greenwich Village. Their superb rendition of Willie Nelson’s “Crazy” is also every bit as good as the original number. 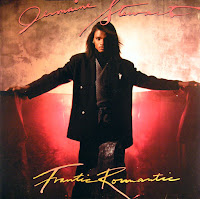 Finally, Jermaine Stewart’s 1986 album Frantic Romantic spawned perhaps the catchiest song of that wonderful decade, the super-sweet and reverent “We Don’t Have to Take Our Clothes Off,” the lyrics of which gave all of us lots of room to breathe at the height of the AIDS epidemic (“Let’s get to know each other better, slow and easily … / We don’t have to take our clothes off to have a good time, / We can dance and party all night and drink some cherry wine”). I vividly remember hearing the song alongside an extended dance remix of Madonna’s “Open Your Heart” while dancing up in the balcony of the long-defunct London club G-A-Y at the Astoria Theatre by Tottenham Court Road. The massive, throbbing crowd of several thousand drunken, happy queer revelers went absolutely wild for both songs, which is my favorite dance club memory of all time and always will be, right up until the day I’m gone.

Of course, Frantic Romantic featured other up-tempo numbers like “Dance Floor,” “Jody” (inspired by fellow soul singer Jody Watley), and “Versatile,” as well as the tropically breezy “Moonlight Carnival.” Anyone who watches Jermaine’s choreography in his vintage videos online can delight in the pure class that he always put on display. Tragically, he died in 1997 of AIDS-related complications at age 39 in suburban Chicago, where he had spent his teenage years before his music career took him to many other places around the globe. His gravesite remained unmarked for 17 years until his mother placed a tombstone there in 2014. Etched into the stone are a musical note and staff, the phrase “forever in our hearts,” and beneath his full name and the dates of his birth and death, a single word appears: “BRILLIANCE.”