Especially if you’re a poet, Eileen Myles’ Inferno: A Poet’s Novel is an addicting read, almost like a drug, or at least it was for me.  I kept reading and reading to see whose name would be mentioned next.  Eileen has forged her path and made her own name on the New York art scene from the mid-1970s up to the present day, so the roster of people who appear in the pages of this literary tell-all is deep and vast.  At a cursory glance and just for starters (let’s try this out alphabetically rather than chronologically): John Ashbery, Amiri Baraka, Ted Berrigan, Jim Carroll, Gregory Corso, Hart Crane, Tim Dlugos, Allen Ginsberg, June Jordan, Bill Knott, Michael Lally, Joan Larkin, Robert Lowell, Carson McCullers, Alice Notley, Frank O’Hara, Ron Padgett, Marge Piercy, Rene Ricard, Adrienne Rich, Aram Saroyan, James Schuyler, Patti Smith, Anne Waldman.

Back in November of 2001, I invited Eileen to give a talk in conjunction with a course on queer identity that I teach at Emerson College in Boston.  I recall that she brilliantly described how exactly the New York art scene operates:  it's a grid of intersecting friendships that overlays the gridded map of the city’s intersecting streets and avenues.  The above list of writers whom Myles encountered in her everyday life makes it clear just how precise her metaphor is.  And most of the poets on this list are ones whom Eileen met when they were in the early stages of their careers.  As she wisely remarks, “There’s no mystery why poetry is so elaborately practiced by the young.  The material of the poems is energy itself, not even language.  Words come later.”

Myles’ Inferno is “a poet’s novel” in several senses:  it’s written for poets, largely about poets, and most importantly, it explores the life and artistic evolution of the author herself, focusing mainly on her development as a poet.  It’s Eileen’s inferno because (in addition to spending some time beside an erupting Hawaiian volcano) she’s our Virgil throughout the book, which is just like Eileen’s generosity — as her readers, we get to be Dante, even though she’s the one who’s writing.  Also just like Eileen:  her poet's autobiography is a long and twisted road through the descending circles of hell that ends in a subtitled section called “Heaven.”

Commenting on the narrative mode of the book late in the novel, Myles says, “It’s easy to write an autobiography if the absence in the story is me.  I remember applying to art school in 1967, staying up late, and I saw my reflection in the black glass of the night.  When a window becomes a mirror.  Who do I think I am sitting here now, deeper in that life.”  There’s a wonderfully prescient echo of that passage very early in the book, too, when Eileen remembers her late nights of studying at her desk as a student at UMass Boston:  “Sometimes in utter hopelessness I put my cheek on the table like it was someone.  I wanted to wake my brain up and be loved.” 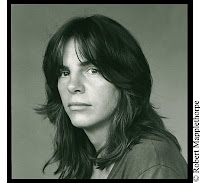 The first section of the novel interweaves several narrative strands:  Eileen’s youth and education in Boston, her early years as a poet after her move to New York, and a more specific story about a night that she and another woman spent as hired escorts for a pair of visiting Italian businessmen.  (Just read the book yourself to see how that one turns out.)  The self-consciously postmodern move of the book’s second section:  to incorporate the actual manuscript of a grant proposal that will fund the writing of the novel itself, complete with lots of underlined, presumably typewritten words instead of italicized ones.  It feels like a smart move, as opposed to feeling like a ploy.  After all, Eileen’s Inferno is about how a writer makes her way in the world, and part of that is about money, grant applications being perhaps the best source of it.

In fact, Eileen’s many commentaries on class and survival provide the book with its most distinctive and valuable insights, highlighting the link between starving artists and their unofficial patrons.  Like few other writers can, Eileen manages to pack an entire lifetime of experience into a single paragraph, along with some really sage advice:

“Often, the person in the loft and the little apartment or room know each other.  This is the traditional definition of cool.  Because rich people need poor friends (but not too poor!) to maintain their connection to the struggle that spawned them even if they never struggled.  Poor people tend to know what’s going on plus they are often good-looking, at least when they are young and even later they are cool interesting people the rich person once slept with, so the poor person always feathers the nests of the rich.  If something bad happens to the poor person, the rich person would help.  Everyone knows that.  An artist’s responsibility for a very long time is to get collected, socially.”

For instance, Myles was fortunate to live for two years, on and off, at the country estate of a wealthy New York couple, somewhere way out in the woods of Pennsylvania.  She describes her time there, and the solitary, dedicated work of writing her poems, as a kind of spiritual journey, one that liberated her from all of the trappings of society and its litany of invasive constructs:  “I took my shirt off and I simply became no one, no name, no sex, just moving alive across the land with a dog.  Art brought me this.”  She even begins to say a quiet little prayer each morning, appropriately, before she starts to write.  And who else but Eileen could get totally, convincingly philosophical about watching her dog Rosie take a shit?

I’ve always loved how Eileen Myles’ thoughts and language swim on the page, darting around here and there, impulsive and spontaneous, but also patient and fluid.  That kind of movement is gorgeously examined in the title poem of her 1997 book School of Fish.  At one point in Inferno, she even devotes a whole chapter to wondering what the fish inside an aquarium might be thinking and saying to each other behind the glass.

Eileen’s latest collection of poetry, released just this year, is actually two collections, a tête-bêche book called Snowflake / different streets.  During a reading at Boston’s Brookline Booksmith earlier this month, Myles commented that the idea was for the two books to be shoved together “like they’re fucking.”  She also mentioned that the poems are the product of living in two dramatically different locations; half of the poems (Snowflake) were written during her five years of teaching at UC San Diego, while the other half (different streets) were written after her return to living in New York.  When I asked her after the reading how the places affected her poems, she responded that the effect was quite literal, in the same way that singers from different countries in ancient times cultivated different styles of singing because their voices rolled and echoed differently as they yodeled and shouted across the shapes of their respective landscapes.

The poems in Snowflake actually seem to be influenced a little more by light than by shape.  In the poem titled “Day,” Eileen re-shades her surroundings as a child’s watercolor:

These poems are populated equally by clusters of separately shining cars in Los Angeles and raccoons spotted on the tails of airplanes.  Myles even conducts a cute conversation with her cat in the poem “Eileen” (“Why can / you have a / giant plate / of pasta / and I can / no longer have / my crunchy / treats  Why / am I served / up a cold / fish plate. / you’re not / so thin / Eileen”).  Snowflake is about both attention itself and attention to change, particularly, as in the opening poem, “Transitions”:

A sequence of poems transcribed from digital recordings in Snowflake is balanced out by a sequence of poems written with a stolen, oversized pencil in different streets.  In “#6 in and out,” Eileen’s a “cute 50 something top” who submits a playful personal ad that also riffs on the aging process for queers:  “Anyone / can be beautiful / at 19 or 30.  This / is life.  Take a deep / breath.”  The hilarious poem “the nervous entertainment” finds her living in the home of celebrated artist Catherine Opie, while other pieces trace the history and streets of Provincetown at the tip of Cape Cod; “all the places are connected / thus the endless / beauty.”  A poem about the name of Eileen’s girlfriend contains a mighty vortex of an aesthetic notion:

“to write
is a form
of accounting
& approximate
promise
in the sunny
mouth of
time.”

Eileen Myles is still crafting one of the most indelible bodies of literature in our own time.  Through gently navigated waves of tension, restraint, and release, the vital part of Eileen’s writing is always — even more than its rambunctious voice — its heart.  Not a paper cut-out heart, but the real heart, bloody and raw and throbbing.  And it knows what its job is:  to keep the body of the poem alive.
Posted by Jason at 5:05 AM No comments: