I was very excited to celebrate the 20th anniversary of the Provincetown International Film Festival this year, and I did so over the past week by watching exactly 20 films in the festival, coincidentally. A number of the filmmakers and attendees whom I met throughout the festival mentioned how much they appreciated being in a peaceful place like Provincetown for a few days, enjoying the films and community, and how grateful they were to have a reason to tune out the ongoing noise of the current political climate in our country. It also makes sense, then, that the films I liked most in this year’s festival were movies with specific and important social justice messages shaping both their themes and aesthetics. 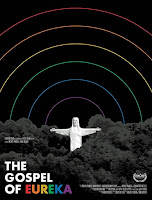 My favorite documentary in this year’s festival was The Gospel of Eureka, directed by Michael Palmieri and Donal Mosher. I loved its offbeat sensibility and its assured sense of humor, with a narrative voiceover from on high by the fabulous Justin Vivian Bond. The film takes place in the tiny Arkansas town of Eureka Springs, population 2,073, and its focus is as divided as the United States itself has been in recent years. It explores LGBTQ issues on small and large scales, while also detailing the town’s long-standing attraction, a religious theatrical spectacle called The Great Passion Play, which boasts the tallest statue of Jesus Christ in the entire nation. The filmmakers brilliantly intersplice footage of drag entertainers performing at the town’s small gay club with some hilariously eye-popping scenes from the passion play, in order to show the similarities between two seemingly different dramatic experiences and to highlight the inseparability of two apparently disparate ways of life in the Ozarks.

The gay and transgender subjects interviewed in the film are inspiringly down-to-earth, always funny and no-nonsense about their everyday endeavors. When their annual pride parade gets rained on halfway through the day by a thunderstorm of biblical proportions (divine intervention for the lucky filmmakers, no doubt), the participants wait patiently under umbrellas and porches until the rain moves on and the clouds have parted. And one older gay couple who met back in 1986 movingly share their photo album of memories, snapshots of friends who are mostly long gone, recalling their youthful energy and the community they forged against fairly steep odds.

I’d been looking forward to another documentary in the festival, Tim Wardle’s Three Identical Strangers, the mind-blowing tale of triplet brothers Robert Shafran, Eddy Galland, and David Kellman, who were separated at birth when adopted by different families and reunited by total chance in 1980. Robert had started school at a community college where Eddy had been enrolled the previous year, so he was stunned as other students on campus kept walking up to him, saying hello, hugging and kissing him. When a friend of Eddy’s who knew he hadn’t returned to the school that year realized that Robert must be Eddy's long-lost identical twin, the pair were reunited at last, and the story was then picked up by local media. David was then amazed to see a photo of his two brothers together in the newspaper, realized he must be the third, and the triplets soon became a much bigger media sensation, even opening their own restaurant together in New York City and popping up as a cameo in a Madonna movie.

After the spirited first half of the documentary when the brothers re-discover each other, which an aunt describes by recounting how they ended up wrestling around on the living room floor like three playful puppies, the film takes a much darker turn at the midway point. As the brothers initiate a search for their birth mother, they also begin to piece together what might have actually occurred to bring about their separation as newborn infants. I don’t want to give too much away, but what follows would make any viewer deeply question the ethics of scientific inquiry, as well as the very nature of identity itself. Do we ever truly know who we are, and if so, how do we know? What role does family play in shaping our identities? How much trust and chance are involved in the process of becoming ourselves? Are there instances in which we shouldn’t trust so easily what the reality of any given situation appears to be?

Far from being surrounded by safer or more civilized upbringings, the reality is that many of the Indian children suffered from neglect, emotional abuse, and physical violence. The gradual revelation of these terrible wrongs prompted the state of Maine’s recent formation of the Truth and Reconciliation Commission, which seeks to address this tragic history by meeting with the adults, mostly women, who endured such abuse, formally hearing and recording their testimonies in person. The process of sharing these painful personal stories opens up a communal discussion surrounding massive historical issues like colonization, genocide, institutionalized racism, white privilege, and restorative justice. While the commission had compiled over 150 testimonies by the time the film had been completed, its members acknowledge in their final report that the healing process has only just begun and much more work remains to be done in the future.

Brutality in the world of underprivileged children is represented in an equally powerful and totally different context in Jeremiah Zagar’s We the Animals, one of my favorite narrative features from this year’s festival. The movie is an innovative and memorable adaptation of Justin Torres’ 2011 semi-autobiographical novel of the same title. Jeremiah is also a former student of mine from a multicultural literature class almost 20 years ago now, so I’m impressed seeing how imaginatively he’s rendered Torres’ prose while re-purposing it for the screen. Although the subject matter will inevitably prompt comparisons to Moonlight, this film’s gritty cinéma vérité style shares more in common with the films of Harmony Korine, augmented by plenty of fantastical moments throughout the movie and phenomenally kinetic hand-drawn animation by Mark Samsonovich.

The story follows three rambunctious young brothers from a Puerto Rican family who’ve moved from the Bronx to an unspecified suburban location outside of New York City. The brothers live as boys will do, roaming around their outer and inner realms, always skirting on the edge of violence, joking, and unconstrained rowdiness. Their parents, a bottling plant worker and night watchman known only as Ma and Paps (potently portrayed by Sheila Vand and Looking’s Raul Castillo, respectively), aren’t much less rowdy than their sons, flirting and fighting, falling out and making up. We see the action mostly through the eyes of Jonah, the youngest brother, in an astounding performance by Evan Rosado, who tags along with his brothers Manny and Joel, then writes about and draws pictures of their adventures in his secret notebook with a flashlight at night underneath the bed they share. There are ample amounts of freedom and danger, as Jonah becomes haltingly aware of his own early sexual awakening and his interest in other boys. Though restrained by class and borderline poverty, the brothers seem hardly aware of it; when their mother slips into a depression and they must fend for themselves, they ransack every last corner of their house until any edible crumbs and drops are gone, driven by sheer willpower to survive. Their house itself is one we also come to know in an almost mythical way, filmed in a golden, hazy light that lifts it far above any feelings of squalor or destitution. 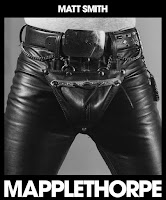 Finally, I’d really anticipated all festival long watching Ondi Timoner’s new biopic Mapplethorpe, the closing night feature, and I was mostly satisfied with the outcome. Despite its reliance on some familiar biopic tropes and conventions, occasionally simplifying complex images and relationships for the sake of clarity, the film also doesn’t shy away from the blunt edges of Robert Mapplethorpe’s life and artwork. Nor does the commanding lead performance of British actor Matt Smith, which feels fully lived-in and completely invested throughout, alternating between toughness and tenderness, just like Mapplethorpe’s photographs themselves often do. Mapplethorpe’s tenacity in defining his renegade aesthetic before his death from AIDS at age 42 in 1989 is something that Matt Smith clearly understands and ably conveys. John Benjamin Hickey is also understatedly seductive and confident as Sam Wagstaff, the art collector who took Mapplethorpe under his wing when he was early in his photographic career. Their love for one another became the central romantic relationship in their lives, even while Mapplethorpe’s relationship with a young Patti Smith, depicted at the start of the film, never quite left him either.

My own relationship to the subject matter of Mapplethorpe has particular relevance for me. I grew up gay in Cincinnati, Ohio, where the curator of the contemporary art museum, Dennis Barrie, was indicted by the city’s government on pornographic charges for bringing Mapplethorpe’s exhibit to the public, including many nude male portraits and sadomasochistic images, a great number of which are fearlessly and fittingly featured in this new biopic. That court case, easily among the most grievous instances of art censorship in American history, unfolded in 1990, during my senior year of high school, and it always made me a little embarrassed thereafter to say that I was from Cincinnati, where such a notoriously conservative scandal had erupted. The most important element of Mapplethorpe himself that the film expertly captures is how he fiercely and artfully kicked down doors of sexual identity and expression that had remained firmly closed until he so courageously opened them.
Posted by Jason at 8:15 PM No comments: Links to this post