The Music of Tommy Page 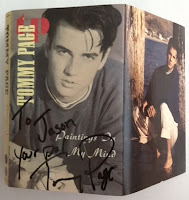 I met Tommy Page back in 1990, when I was only 17. As the editor of my high school newspaper in suburban Cincinnati at that time, I possessed a youthful fearlessness and a love for pop music that convinced me it would be totally fine to call up music labels in New York and request to interview their artists on summer concert tours. To my surprise, it always worked. I went to a fairly large high school of about 1,500 students, the perfect audience of middle American teenagers to whom those record labels wanted to sell cassette tapes, concert tickets, and merchandise. I was curious enough about the careers of pop musicians to have scored interviews with acts like New Kids on the Block, Sweet Sensation, and Tiffany, something that might not happen as easily for a Midwestern high school student today. 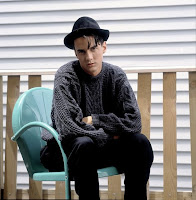 My meeting with Tommy Page was a little more tense than my other interviews had been. Clearly, we were both gay, which made us slightly nervous I think, sitting alone together in a backstage room of Timberwolf amphitheater at Kings Island amusement park in 1990. After our interview was done, some radio guys from Q102, the big pop music station in Cincinnati, came in to record some on-air spots with Tommy. While the sound engineers were setting up the microphones, Tommy was just having fun with us, gossiping about stuff like Mariah Carey’s then-secret relationship with her boss, the label head of Columbia Records; this was just after Carey’s first single, “Vision of Love,” had been a huge radio hit. It all made such a lasting impression on me that I can vividly recall every detail in that backstage room to this day: the fluorescent lights, the faux-wood paneling, the gentle rasp in Tommy’s voice when he spoke, and the way his jet-black bangs fell to either side of his face.

A little less than a year ago now, on a cold Saturday morning in early March, I was stunned when I heard from a writer at Billboard magazine that Tommy Page had died from an apparent suicide the night before, alone at his country home in Pennsylvania. The former Village Voice gossip columnist Michael Musto, who’d been a close friend of Tommy’s when they were younger, broke the story online right after I found out. Following a string of albums and hit singles back in the late ’80s and early ’90s, Tommy had forged a successful career as a music industry executive, and he’d also started a family with his husband Charlie, with whom he was raising three children. By coincidence, I would be in New York that next week on the day of Tommy’s funeral, so I took the hour-long bus ride from Port Authority down to his hometown of Caldwell, New Jersey, to attend the service that Wednesday morning.

It was heavy to carry my young memories from so long ago into the Presbyterian church there. Several women my age who were sitting together in the row in front of me, and who had known Tommy since childhood, cried throughout the entire service. The whole congregation wept when one of Tommy’s young sons spoke about his dad from the pulpit. Then one of Tommy’s brothers played a beautiful version of Journey’s “Don’t Stop Believing,” which he said had been one of Tommy’s favorite songs. Most of the congregation quietly sang along. I think it came as a relief to us, in a time of grief and confusion, to share in the love of something simple like a pop song together. 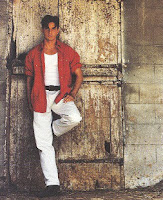 Tommy released seven albums during the height of his recording career, with several songs that climbed up the pop and dance charts and enjoyed good runs there. By the mid-‘90s, his core audience had shifted from America to Asia, where he continued to perform annually to dedicated, appreciative audiences. Listening back through his discography over this past week, I was impressed by how diverse the styles of his albums are, ranging from Latin/freestyle club cuts to appealing pop ballads to some semi-classical numbers later in his oeuvre. My favorite of Tommy’s songs, 1990’s “I Break Down” (co-produced by Joe Mardin, son of legendary producer Arif Mardin), was re-recorded by Tommy in a gorgeous orchestral version in 2015; that new rendition was featured on his eighth and final album, a self-released compilation of songs hand-selected from his own catalog and simply titled My Favorites. 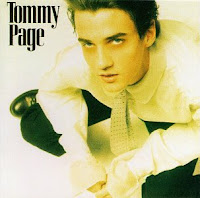 When Tommy Page’s eponymous debut album was released in 1988, I was working at Camelot Records in Northgate Mall, across the street from where I grew up in Cincinnati. I remember opening of a box of deliveries from Sire Records, Tommy’s label (and Madonna’s, too), then seeing Tommy’s Elvis-inspired cover photo starting up at me from a cassette near the top of the box. “Who’s that?” I thought. He had quietly arrived on the pop music scene with minimal fanfare, though that album did spawn his first radio hit, the ballad “A Shoulder to Cry On.” I was more drawn to the dance tracks on that album, like “A Zillion Kisses” and the endlessly fun, openly sexual “Turning Me On,” which are among the most club-ready songs that Tommy recorded. There’s also a pulsating number that he wrote and arranged with Grammy-nominated songwriter Shelly Peiken, “Love Takes Over,” as well as a catchy ode to non-conformity called “Hard to Be Normal.” 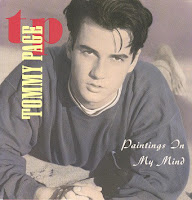 Tommy’s sophomore effort, Paintings in My Mind from 1990, would be his biggest commercial success, in part because of the involvement of New Kids on the Block, who were riding high on the wave of the boyband craze at the time. They shared credit for two songs on the album with Tommy: the bouncy “Turn on the Radio” and the heartfelt “I’ll Be Your Everything,” Tommy’s Billboard #1 single, the lyrics of which now poignantly sound like they could have been written for Tommy’s young daughter, Ruby. Tommy also sang the album’s duet “Don’t Give Up on Love” with Latin/freestyle artist Safire (aka Wilma Cosme), with whom he later formed a dance music partnership called Cosmic Page. 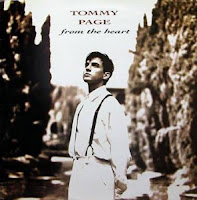 By the time his third album was released a year later, 1991’s From the Heart found Tommy Page reaching for a more mature sound. The record’s lead single, “Whenever You Close Your Eyes,” written by Michael Bolton and Diane Warren, with its soaring chorus and rousing gospel-choir backdrop, raised the bar for the next chapter of Tommy’s recording career. Songs such as the upbeat “Under the Rainbow” and a moving version of Eric Carmen’s “Never Gonna Fall in Love Again” proved that he was capable of sustaining a more refined form of drama on his records, suggesting in a carefully considered way that he (and his audience) had moved past teenage years and into adulthood. 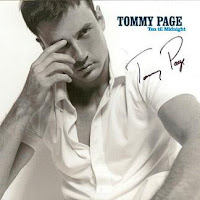 Tommy’s next few albums were released in markets throughout Asia. A Friend to Rely On from 1992 opens with an awesome cover of Nik Kershaw’s mid-‘80s hit “Wouldn’t It Be Good,” while 1994’s Time contains excellent, pensively danceable tracks like “Places in My Heart” and “If I Had a Wish.” Loving You from 1996, titled after a number from Stephen Sondheim’s 1994 musical Passion, includes some of Tommy’s accomplished renditions of songs by other artists, like Cyndi Lauper’s “That’s What I Think” and John Waite’s “Missing You,” as well as another superb track written by Diane Warren, “I Keep Hoping.” A smart handful of cover songs also appears on Tommy’s self-released album Ten til Midnight from 2000: a hardcore house version of Breakfast Club’s 1987 hit “Right on Track,” which sounds like the kind of dance track that Tommy always wanted to record, Ari Gold's wonderful "Dance to the Beat of My Heart," and a sensitive rendering of Nikki’s popular 1990 single “Notice Me.”

The final post and photograph on Tommy Page’s Twitter timeline in January of 2017 indicates that he was working on new songs, something that’s heartbreaking to consider now, of course. I’ve thought of Tommy and his music often throughout the past year, and even so, it took me nearly twelve months to feel enough clarity about his tragic death to be able to write this post. I’m fortunate that I had a chance to meet him years ago, and I can find some comfort in knowing that his music will last.
Posted by Jason at 11:55 PM No comments: