It’s been my annual tradition to write a year-end post about my five favorite movies of the year, but for my latest post looking back on the films that I saw in 2018, I’ve decided to expand it just a bit to include six movies this time. I definitely feel like I enjoyed more movies overall this year, and 2018’s cinematic fare to me was slightly higher quality. I still think there’s some connection to the worldwide political turbulence that we’ve witnessed recently, partly because art is our most powerful way of pushing back against all of that, as well as tuning it out on some level, in order to focus on more important things that speak to our common humanity and the stories that unite us. That’s one thing movies are supposed to do: build bridges between people and cultures to help make our lives more complete. 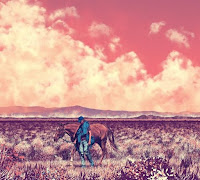 My favorite film of 2018 was English director Andrew Haigh’s moving and original road movie Lean on Pete, which he adapted from Willy Vlautin’s 2010 young adult novel. I totally loved Haigh’s 2011 film Weekend when I saw it back then, and I really vibed with the gay men and smart dialogue that he presented in that movie; Haigh and I are the exact same age, so when I’m watching his films, it’s like we speak a similar interior language as gay men from a certain generation. Although there’s no gay storyline in Lean on Pete, Haigh’s sensitivity in representing the itinerant life of a teenage boy named Charley (played by the extraordinary Charlie Plummer) who’s abruptly cut adrift from his family and society — while also finding solace alongside an end-of-the-line quarterhorse called Lean on Pete that becomes Charley’s reliable companion — spoke directly to me on deep and multiple levels. For whatever it’s worth, no film this year made me cry as hard as Lean on Pete. I was so emotionally shaken when I left the cinema that I wasn’t even sure if I’d be able to drive myself back home after the movie, though I made it back just fine.

I wouldn’t want to give away too many of the details in Lean on Pete, so instead I’ll mention some individual aspects of the film that still stand out in my memory. Several scenes are classic and indelible, such as a scene in a roadside diner where Charley is forced to make a life-or-death decision, as well as the scenes in which Charley walks and talks quietly to Lean on Pete as the two make their way across arid desert landscapes. It’s a picaresque story, so Charley also meets some memorable characters along the way: a cruel yet paternal horse wrangler (Steve Buscemi), a kind and sisterly jockey (Chloë Sevigny), and a disturbed young veteran (Steve Zahn). The artful, widescreen cinematography of Magnus Nordenhof Jønck, who’s often working with a muted palette of magic-hour pastels in the film, leaves a profound and lingering impression from one chapter of Charley’s journey to the next.

Another movie about a boy and his horse that I loved nearly as much as Lean on Pete was Chloé Zhao’s spare and patiently calibrated film The Rider. The director has mentioned that about half of the film is “true” in the sense of documenting a young South Dakota bull rider/horse trainer and his family of Native American ancestry, while the other half of the film is scripted and “fictional.” The young man, who is recovering from a serious head injury after being thrown to the ground in a riding accident, is played with remarkable candor and restraint by amateur actor Brady Jandreau, in one of the very best cinematic performances of its kind. Jandreau inhabits his character Brady Blackburn’s predicament entirely believably because he lived it. He’s also beautiful to watch throughout the film, as fluid and magnetic when he’s breaking in a wild colt as he is when his sister places small gold stars all over his chest while he sleeps.

If Alfonso Cuarón’s latest film Roma doesn’t win this year’s Oscars for Best Picture and Best Director, then I’ll probably never watch the Oscars again because Roma is as accomplished as Fellini’s finest movies. A personal remembrance of Cuarón’s childhood in Mexico City and Cleo (Yalitza Aparicio, also Oscar-worthy), the character based on a maid who raised him and his siblings, Roma is a truly monumental film, both in its cinematic scope and in its secure place in the history of movies about memory. Filmed in grayscale black-and-white, the movie poetically and seamlessly constellates its imagery in ways that burrow far into thematic meaning and interconnectedness. Water rinses across a tiled stone driveway throughout the opening credits, but we’re not aware until later that the film’s focus will become the very housekeeper who’s washing that driveway down. We see an airplane fly overhead in the reflection of that water, too, an image that will re-appear at the end of the film in a neat circle, one that also suggests the need for escape, as well as the imminent arrival of the age of globalization. Cleo’s own background as a Mexican villager, which is integrated in quieter rather than overt ways, is a touchstone for the grim legacy of colonization, a legacy that echoes throughout other tragic upheavals that occur later in film.

After reading the abysmal reviews of Lars von Trier’s new film The House That Jack Built, I’d never have predicted that the movie would end up on this list. Masquerading as a mock-drama that shocked audiences and prompted walkouts at this year’s Cannes Film Festival, the film is actually more of a darkly perceptive comedy that follows the over-the-top escapades of a serial killer, portrayed by Matt Dillon in a performance so consummate that he can basically just retire now. The seemingly mundane and brutal surface of the movie might deceive most viewers into missing the film's ambitious allegorical underlayers. Lars von Trier has discussed, provocatively, that the main character Jack is closer to himself than any other male character from his films, suggesting that the movie is actually an examination of the role of the artist in society, even an examination of Lars von Trier’s own body of work. I think the only way to really “get” the film is to be an artist who’s willing to forego human comforts like love and family in favor of art itself. The movie descends into Dante’s Inferno in the end, with Jack’s Dante following Bruno Ganz’s Virgil as they proceed through carefully stylized circles of hell. It’s the most exciting final half-hour of any movie that I saw this year.

For my review of Christophe Honoré’s Sorry Angel in my coverage of this year’s New Hampshire Film Festival, I already wrote most of what I needed to say about that fantastic film. Its many rich characterizations and its dialogue have continued to haunt me, however, over the past two months since I saw the movie. What I’ve realized since then is just how invested the director is in resurrecting his youthful experiences through those particular characters. What did it mean as a gay man back in 1993, under the threat of potentially losing one’s friends and lovers to AIDS, to want to have a child with a female friend and raise him in tandem? And what did it mean for gay and bisexual men of that generation to want to love anyone at all, in the midst of so much widespread loss? Which parts of that love were actualized, and which parts of that love remained only imagined?

Finally, as a kind of wildcard bonus, my favorite feel-good movie of the year was Travis Knight’s Bumblebee, the only Transformers movie I’ve seen. Sure, there’s enough standard action-sequence mayhem in Bumblebee to appease the fans of those films, with John Cena’s character on a military mission to track down the rogue autobot B-127, who’s been hiding out as a yellow Volkswagen Beetle in the family garage of Charlie — a kind-hearted tomboy winningly portrayed by Hailee Steinfeld — after Charlie discovered Bumblebee in a junkyard and revived him by accident. Set in 1987, my favorite year in pop music, Bumblebee features hits by everyone from Steve Winwood to Sammy Hagar to Nu Shooz, and snippets of many other excellent songs cleverly punctuate the soundtrack. The movie’s bittersweet tone recalls Steven Spielberg’s E.T. and the ’80s Ally Sheedy-starring classic Short Circuit, so the nostalgia is built right into the plot. All of the films that I love best from that era never hesitated to uplift the audience and make the full range of human emotions worth experiencing, and Bumblebee wonderfully recreates and pays tribute to that same form of cinematic generosity. As Hailee Steinfeld sings in her awesome end-credits track, Bumblebee brought me back to life.
Posted by Jason at 11:07 PM No comments: