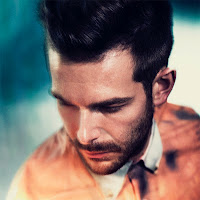 The album that I’ve been looking forward to the most in 2012 is definitely Make Me Believe in Hope, Rod Thomas’s full-length debut as Bright Light Bright Light, his fantastic electronica project.  (Yes, he snagged that unusual moniker from one of his very favorite ’80s movies, Gremlins!)  I’ve had a huge musical crush on this scruffy Welsh Londoner ever since his catchy and melodic acoustic record, Until Something Fits, first appeared in 2006.  Seven of the eleven tracks on his new effort as Bright Light Bright Light were made available gradually over the interim, and to increasing applause from all corners of social media.  Four previously unreleased songs join them here, equally solid on every sonic and lyrical level:  intelligent, dance-floor ready tunes that are also infinitely hummable.

It’s no secret that Rod is a die-hard fan of piano-based house music from the ’90s; he currently hosts and DJs an ongoing retro club night called Another Night at venues throughout London.  (And he’s a totally fabulous remixer, by the way.)  The influence of Rod’s fascination with ’90s dance music is fully and gorgeously apparent throughout the songs on Make Me Believe in Hope.  Bright Light Bright Light strikes the same balance of drama and optimism that made pop/dance divas like CeCe Peniston and Lonnie Gordon so appealing to an entire generation of club kids, while also putting a brand-new spin on the genre.  Check out Bright Light Bright Light’s recent music videos on YouTube for a taste of the cutting-edge visual artists with whom Rod has collaborated.  Exciting concepts, indeed. 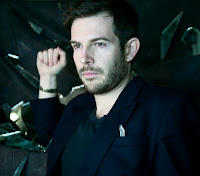 And it’s for that reason that part of Bright Light Bright Light’s pop DNA was hard-wired by Rod’s deep admiration for Pet Shop Boys and Erasure.  There’s always an aura of world-weary disenchantment to complement the surging adrenaline of these tracks.  Rod has mentioned how the songs on his new album focus on numerous kinds of interpersonal and romantic connections, but a sense of disconnection — and the resulting frustration — is just as present, if not more so.  That’s perfectly logical in a way; gay men are surrounded by a culture that’s often unloving, so it follows that loving others and being loved in relationships won’t usually be too simple for us.

Rod critiques this idea from the onset of Make Me Believe in Hope, which starts out with a “storm of solitude” and “my one reliant friend.”  The shimmering opener, “Immature,” boasts a far more honest chorus than the vast majority of pop fare:  “Now everything I wanted seems so immature, and all the time I wasted shines like gold.”  In fact, it’s that level of honesty that makes the sudden glimpses of hope on the album possible.  The feeling of being jaded, tempered by a stubbornly redemptive longing, again plays a central role on “Love Part II,” with its sly taunts of a “clever boy” and ecstatic refrains of “I’m in love again.” 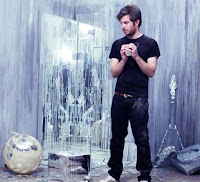 The most danceable number on the record, “Feel It,” furthers the pursuit of desire to the brink of a techno breakdown, which then gets uplifted by the type of roof-raising diva vocals (courtesy of Mykal Kilgore) that formed the intense heart of house music.  The track was arranged and engineered by Del Marquis, otherwise known as the guitarist for Scissor Sisters, who also provides a sweet vocal assist on the sweepingly cinematic “Cry at Films.”  Both “Waiting for the Feeling” and “Moves” continue in this same irrepressible, epic direction, as does the more subtly charming (and chiming) “A New Word to Say.” I'm also certain that I hear a fun little nod to Stacey Q's "We Connect" in the awesome bridge on "Waiting for the Feeling."

Although the entire album is phenomenal (truly), my favorite songs are the slightly darker tunes.  “Disco Moment” brilliantly unfolds its melancholy “boy meets boy, boy loses boy” storyline; Rod describes it as the kind of song he’d imagine for a key scene in a John Hughes movie from the ’80s.  The track begins midway through “another awkward conversation,” a snippet of a lover’s quarrel in a relationship that has clearly reached a stalemate (“I want to go home, or stay out, or go dance, just not this”).  By the song’s close, we’ve arrived at a point of heart-rending separation in the midst of a crowded dance club:  “So you have your disco moment alone, I’ll stand at the side of the room.  You’re dressed in light, I’m just a shadow that’s flickering.”  This theme is beautifully extended on the more down-tempo “How to Make a Heart” as the singer muses, “It’s funny in such a small room there can be so much space between us.” 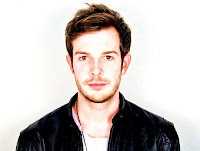 Despite how finely realized his euphoric and introspective moments are, Rod Thomas also knows exactly when to turn the proceedings a bit more downbeat.  The album’s final two tracks, the quiet “Debris” (featuring vocals by Allison Pierce of The Pierces) and the affirmative “Grace,” together offer the listener a generous emotional landing pad and denouement.  In just over 40 minutes, Bright Light Bright Light’s Make Me Believe in Hope makes me believe in the future of pop music all over again.
Posted by Jason at 3:59 PM No comments: