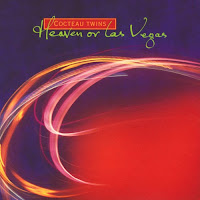 Three of my favorite musical statements about motherhood in the pop music lexicon are Madonna’s Ray of Light (1998), Björk’s Vespertine (2001), and Tori Amos’ The Beekeeper (2005). The fourth is Cocteau Twins’ 1990 album Heaven or Las Vegas, which also remains among my very favorite albums nearly thirty years after its release. With bursts of lyrical intelligibility and swooning vocal flourishes that border on rhapsodic, Elizabeth Fraser celebrated throughout these ten songs the experience of giving birth to her first child, Lucy, with Cocteau Twins bandmate Robin Guthrie.

When I first heard Cocteau Twins back in August of 1990, I was still only a babe myself, a 16-year-old boy growing up in a condominium subdivision of suburban Cincinnati, Ohio. Somewhat embarrassingly, my introduction to the band was seeing the video for “Iceblink luck” on MTV. I’d never heard of Cocteau Twins before that, and I certainly had no idea who Jean Cocteau was at that time. As a gay kid who listened to pop radio constantly, I was, understandably, totally hypnotized by the song, which sounded to my unsophisticated ears as though it had landed from elsewhere in the galaxy. I felt about it the same way I felt about classical music: intrigued and reverent, without any need for a narrative through-line or explicitly logical connections. I just wanted that sound to surround me.


My job that summer was working at Camelot Records in Northgate Mall, so I purchased the cassette tape of Heaven or Las Vegas with my employee discount after my very next shift. (For me back in those days, every dollar that I earned was equivalent to one-seventh of a new cassette tape.) I remember listening to the album non-stop throughout that fall during my senior year of high school, my moods coasting along on Simon Raymonde’s swells of bass guitar. Even then, I felt that I’d tapped into something new and meaningful, and that I’d started to turn something of a corner, away from being interested in pure pop and toward something more obscure, though still in a similar realm.


That’s probably what’s most interesting to me about more obscure popular music, or any music that attempts to get closer to pop without ever fully wearing the traditional pop wardrobe. There’s a certain palpable friction when you can hear a band stretching to fit into pop attire, bending the sound down toward the three-minute mark, structures that the masses out in Radioland can respond to, as if the sound’s been reshaped by moving in the direction of applause. Who wouldn’t want to find a vaster listenership by creating music that’s more widely appreciated? 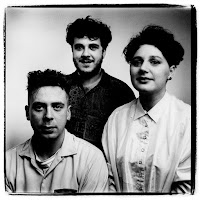 While Heaven or Las Vegas is often cited as a Cocteau Twins fan favorite and is easily considered their album with the greatest mainstream appeal and accessibility, the concessions in retrospect are minimal, while the dividends still seem high. Although some might feel this was an artistic compromise, even in a pop setting the album is a daring challenge. Elizabeth Fraser’s intonations of her own devising may be slightly more comprehensible here than elsewhere in Cocteau Twins’ catalog, but tiny islands of comprehensibility make the songs even more elusive in a way, tilting into bliss in order to escape the continual grasp of the listener, rushing into spaces of dazzling disorientation (and escorted there by Robin Guthrie’s ethereal guitars and synthesizers), the same way that having a newborn baby entirely revises one’s sense of focus and being in the world.


From the album's opening track, “Cherry-coloured funk,” the song’s title and darkness-to-light sonic shifts evoke the emotional extremes of new motherhood, feeling excited and overwhelmed by love, re-grounded by life, a more cheerful or “rose-tinted” view rising in the wake of postpartum depression or mere exhaustion. The noticeable trip-hoppy drum loop on “Pitch the baby” underscores its crystal-clear choral line, “I only want to love you.” Of course, “Iceblink luck” features the starkest set of lyrical fragments; semi-audible lines like “burn this whole madhouse down,” “you, yourself and your father,” and “thank you for mending me, baby” all lead into the quietly propulsive “Fifty-fifty clown.” Then, right at the midway point of the album, the glorious, neon-drenched title track pretty much permanently puts cheerfulness back into goth, never to be fully erased again. 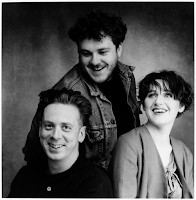 Part of what made me want to write about this album was recently seeing the gay French director Christophe Honoré’s latest film, Sorry Angel, and being completely psyched to hear “I wear your ring” suddenly pop up on the movie’s soundtrack during a particularly gorgeous sex scene. What an inspired choice it was. The song’s sound is indelibly bound to dusk and twilight, to nighttime and romance, waltzing through dark waves of glitter “between the sunrise and sunset” to arrive at some kind of agreement or consolation in the presence of someone else in a silent room. “Fotzepolitic” (literally German for “vagina politics”) then takes over like an awakening for “I wear your ring,” both joyful and unbridled. The pulsing “Wolf in the breast” and contemplative “Road, river and rail” move from the intimate interiority of “my baby’s cries” to a sprawling exterior countryside or landscape, with a forlorn figure drifting gently across it in the distance. And finally, the album’s somber closing number, “Frou-frou foxes in midsummer fires,” slowly floats from netherworld to dream-world, which turns out, naturally, to have been the true resting place of Cocteau Twins all along.
Posted by Jason at 9:40 AM No comments: