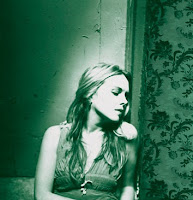 Last night I had the rare, rewarding opportunity to see the magisterial singer and songwriter Mary Fahl perform live in concert, at the legendary Club Passim in Harvard Square. This was a transcendent show and also an ideal venue for Mary, since her songs and distinctive vocal style straddle the line between folk and many other forms of traditional music. Though she remarked between songs that she’s never been classically trained, her resonant, powerhouse contralto, reminiscent of everyone from Joni Mitchell to kd lang to Judy Collins (with just a touch of Cher mixed in for good measure), often belies that fact by bordering on the outright operatic.

As many readers will already know, Fahl got her start as the lead vocalist for the New York-based band October Project, who garnered an underground following and released two impressively atmospheric albums on Epic Records, their 1993 self-titled debut and 1995’s Falling Farther In. Perhaps their best-known song, “Bury My Lovely,” was a hit with the audience when Fahl performed an acoustic rendition of it last night. The only other track that she performed from October Project’s catalogue was “Ariel,” a moving ballad sung from the perspective of the airy servant/sprite from Shakespeare’s final play, The Tempest. As Ariel, who longs to be free, revealingly says to his master Prospero in the song, “I love you, I love you / but you are all I know.” 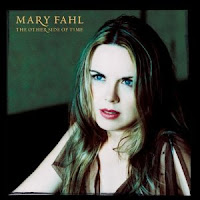 A few years after the founding members of October Project had parted ways artistically, Fahl released her solo EP (and demo CD), Lenses of Contact, on Roughmix Records in 2001. Three of the four songs included on that EP re-appeared on Fahl’s full-length major label debut, The Other Side of Time (Sony Odyssey, 2003). Though the album failed to ignite many sparks commercially, Fahl’s cult fan-base grew larger, and the album drew high critical praise for its pensive lyrical approach and soaring orchestral arrangements, a fusion rarely seen in the profit-driven world of popular music.

Of course, Fahl has expressed her wariness about working with major labels since the end of her association with Sony. One of her best lines of the night came when she introduced the medieval Andalucian love song “Ben Aindi Habibi” and spoke of ancient servant girls who were called forth to sing songs for the sultan; hilariously, she compared that to the experience of playing her own songs for major-label record company executives. Fahl also shared the story of facing even more discouragement recently after she’d completed recording From the Dark Side of the Moon, an album of her re-interpretations of Pink Floyd classics; the label for which she’d made the album, V2 Records, suddenly went out of business just before the album’s scheduled release date. 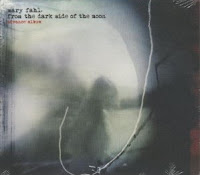 Luckily, the record label had shipped her two boxes of advance copies of the CD, one of which she distributed to friends and family, and the other of which she’s been selling exclusively at her live shows. “When those are all sold,” she said, “then they’re gone forever and that’s it,” which made the steep price of $40 seem worth paying. Also, those CD sales will help Fahl to re-coup the cost of buying back from the label the rights to her album. She hopes to release those songs digitally online at some point in the future. Her performance of the Pink Floyd track "Brain Damage" from the album was mind-blowing, bewitching, and roof-raising all at once.

Fahl mentioned that she was a student of medieval history and literature, and this is apparent in the broad range of songs that she selects for her repertoire, from Celtic-tinged elegies (“The Dawning of the Day,” Fahl’s emotional tribute to the fallen heroes of 9/11), to Italian arias (Donizetti’s “Una Furtiva Lagrima”), to acoustic songs that she penned herself in Portuguese. Even the colorful fluted dress that she wore for the performance was a nod back to long-lost realms and ancient times. Other highlights of the evening included the evocative “Going Home,” which was featured in the epic Civil War film Gods and Generals, and “Johnny and June,” a memorable folk number that recounts the famed musical marriage of the late Johnny Cash and June Carter Cash. 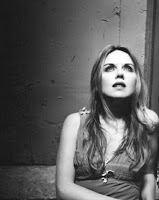 By the end of the night, Mary Fahl had earned two standing ovations from her appreciative audience, and she’d also made it clear that she’s truly a unique talent among her generation of vocal performers and songwriters. (And as a bonus keepsake, she autographed and personalized the concert poster that I'd swiped from the venue’s bulletin board at the very end of the show!) Her voice at its finest sounds literally cinematic, as deep, wide, and dramatic as a storm-filled Midwestern summer sky.

On a separate but related note: Sometime in the coming week or so, I’ll be posting a lengthy review of my very favorite album of the 1990s. Stay tuned to find out what it is...